Chat with us, powered by LiveChat

The latest version of Android is now out, with a focus on Al 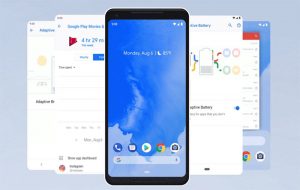 Google has released the latest version of its Android mobile operating system (known as Android 9 Pie, http://bit.ly/LXFAndroid9). While it comes with some nice new features, as with previous versions of Android the release will be staggered, meaning if you don’t have a recent Google-made phone, you may be waiting some time to get the update.

At the moment owners of Google Pixel and Pixel 2 phones, as well as Essential Phone, can download the update for free right now. Phones made by Sony. Xiaomi, HMD Global. Oppo, Vivo, OnePlus and certain Android One Phones will receive the update by the end of August. You’ll need to check with your phone manufacturer or network operator to find out when your phone can expect the update. If you have a very old device, or one from an obscure manufacturer. then you may be out of luck.

So. what features can you expect when (or if) you get Android 9? These new features include Adaptive battery life, which uses machine learning to prioritise apps you’re likely to use, while closing ones you won’t, to help preserve battery life. Google partnered with Deep Mind to refine its deep learning algorithms, and it looks like it’s madesome good progress in helping to prolong battery life — which is one of the biggest complaints from smartphone users. Google has also improved adaptive brightness to calibrate your display in certain conditions.

If you don’t want to wait for Android 9 to reach your phone (or you’d like to get away from Google). then LinageOS (https://lineageos.org), the free and open-source operating system based on Android, has released version 16. which is based on Android Pie.